A learner's performance in an initial assessment determines the point of entry on the programme.

The progression through the programme follows a standard path similar to that defined in any standard phonics-based scheme, eg: Alpha-Omega (Hornsby and Shear, 1993).  Additionally, a touch typing course is woven into the fabric of the exercises.

Learners with Meares-Irlen Syndrome (Dyseidetic), will have found it difficult to associate letter, word and sound because print causes them visual stress (Wilkins, 1995).  Their perception of print erratically moving on the page is not conducive for developing reading skills, and consequently they make less than average progress in reading.  If they have no phonological disability their spelling skills are usually in step with their reading, and therefore have no difficulty in developing this once the visual stress is reduced or removed (Jeanes et al., 1996).

In contrast, the learner with phonological problems may develop some reading skills, but has inadequate strategies for decoding new words and learning to recognise spelling patterns (Goswami and Bryant, 1990).  Dysphonetic learners generally have the largest difference between reading and spelling ages.

How are these problems remediated by the IDL Intervention?

The first component is an ability to distinguish the onset sound and the following string of sound (rime) in a word. This ability is thought to stem from the linguistic capacity to recognise and play with rhyme that most learners develop naturally before starting school.

The second component is the ability to hear the individual phonemes in speech.  Phonemes can be defined as the smallest units of sound, which in any given language differentiate one word from another; they are subjective and have no physical reality outside of the human brain (Moore, 1989).  When we talk we release a stream of sound; our ability to segment and accord meaning to this stream of sound is a perceptual process that takes place at several levels or organisation within the hearing system.  While some of the processing takes place in the inner ear, much takes place later.

IDL Literacy effectively improves reading and spelling amongst pupils with various literacy problems, removes visual stress by the use of colour, and is very effective overall – particularly with those who have poor phonological skills.  The effectiveness is due to the integration of reading and writing, the integration of visual and auditory cues to teach letter/sound and blend/sound correspondence, a continuum of exercises that start with recognising the alphabet, and the requirement to re-read typed sentences.

I definitely noticed a huge improvement with a pupil who has huge difficulties in reading and writing. However, now when he types (anything) I can hear him spelling out the words as he knows where the correct keys are to spell words. He will now be word processing in all his exams and assessments.

I just thought I would let you know that we are very pleased with our new IDL software. The pupils are enjoying it and its simplicity of admin management is very welcome! It is a very useful addition to our support resources.

The students at our school have benefitted greatly from IDL Literacy over the years, the multi-sensory approach along with the easy analytical and re-testing tools make IDL a central part of our SEND strategy. Everyone we have contact with at IDLS Group are neverendingly helpful and knowledgeable, they understand the real world challenges faced by schools to implement interventions successfully. Our school was privileged to have an early insight into the IDL Numeracy, our students have engaged successfully with its approach and we saw immediate progress being made. We thank everyone who has supported us, to support our students.

I just wanted to say how impressed I am with IDL. Many of the schools that I support across the North West seem to be using it now and I’m seeing lots of pupils making real progress when using it.

I am using the programme with 9 pupils who are working for an hour a week, all the pupils involved enjoy completing the lessons and say they feel more confident trying to spell words in class. They all look forward to spending time on the computer working at their own pace. Thanks for all the support which is ensuring the programme works whenever I log a pupil onto their lessons.

Pupils are really enjoying using the programme. The results with one particularly hard to motivate pupil has been amazing! The TA has grown in confidence too and is looking forward to running the programme for more children next year. It has been good to be able to run the programme with one TA for several children at once. We are expanding the programme to include a wider range of children with reading and spelling problems. I have recommended it to other SENCos at our cluster meetings.

The increase in reading and spelling ability with our children is noticeable and within a relatively short period of time. However, the greatest benefit has to be the growing confidence, self-esteem and their enthusiasm for learning - I believe the IDL Programme is a complete winner. Long awaited for!

The youngest child in our group has made the biggest improvement, although his scores don't reflect this. He was unable and unwilling to read and write without copying and had little knowledge of keyboard skills, he is very able to do all now and I think his self-confidence is helping - the change is remarkable!

I am really pleased with the progress the majority of the children have made using the IDL programme. The boost to their reading age in particular, for some of our children will be huge for their confidence when moving on to high school. I also understand that the smaller amounts of progress made are still to be celebrated as this is the start of them making progress in their basic skills.

We would like to continue with IDL next year as we have found the programme has had a fantastic impact, not only academically but socially and emotionally.

The children are really enjoying the IDL programme, and we can already see progress with those who are completing it regularly. The staff who lead the programme are confident with the process, and it is excellent that we can track completion of lessons in school and at home. 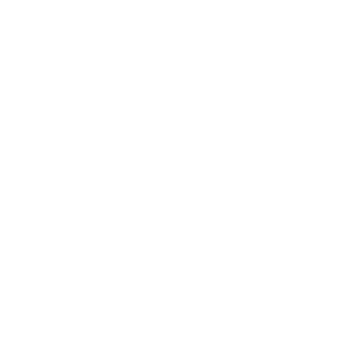 This video is an entire walkthrough of the IDL Literacy programme.